Google Analytics recently released a feature called “Bot and Spider Filtering”. You might have read about it already but haven’t had a chance to implement it or process how it might affect your organization or even your effectiveness as a digital analyst. E-Nor recommends turning on Google Analytics’ Bot & Spider Filter as a best practice for all Google Analytics accounts (except for raw data Views – which we’ll explain at the end of the post).*

As an added bonus, it is super easy to do!

What is Bot & Spider Filtering?

Bot and Spider Filtering filters out sessions from bots and spiders (as defined by Google) from your Google Analytics data. It’s important to note though that like traditional Google Analytics filters, the Bot & Spider filter works on a “going forward” basis; in other words, past data will be unaffected. It also does not actually prevent bots or spiders from visiting your site (only filters them out from your data).

Typically, traffic from bots and spiders will be negligible and barely noticeable in your Google Analytics data. For example, in E-Nor’s recent test using the new filter, bots and spiders accounted for less than 0.5% of all sessions.

So then why should you care? There are cases where bot and spider activity can seriously skew results in Google Analytics. Unpredicted spikes for small durations can throw data for small time-frames out of whack and result in significant time being spent diagnosing spikes that turn out to be bot or spider traffic.

The key to what triggers our investigation(s) were:

When the answers are: 1. Yes, the activity is abnormal; and 2. No, we can’t figure out a reasonable explanation as to why – we need to go on a Google Analytics fishing expedition…

Case 1: We observed a Top Pages report with several new, unexpected entries. None of the typical reasons why the report would have new top pages had occurred – like an actual new page, a very popular campaign linked to a page or sudden public interest in the topic of a particular page. The organization this report belonged to primarily provided informational content, so their concern was the level of engagement with that information. These weird occurrences were a big deal.

E-Nor examined metrics for the pages in question (and for sessions including those pages). We observed the following anomalies compared to past data, to other pages during the same time period. We subsequently concluded that bot activity was probably responsible – even though this activity at first seemed atypical for bots!

We checked many metrics, and the ones that stood out were:

Case 2: For a B2B high tech company, we observed, again, a deviation from the prior period visible across many pages in a management report. Our report to senior management indicated huge interest from a major customer in jobs, rather than products, and huge interest from another customer who hadn’t been in the “top customers” report in the past. For the latter, we learned that a news item caused the unusual activity from that customer, so that was explained. For the former, we did not discover a solid reason for the change, so we went on a Google Analytics fishing expedition.

Our expedition across many, many metrics revealed these anomalies compared to prior periods:

With its high bounce rate and frequent occurrence of “none” and “(not set)”, Case 2 was an example of actypical activity likely to be indicative of bots.

*What is a Raw Data View? 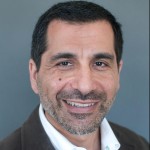 Feras Alhlou
President & Co-Founder
“Work Hard. Play Hard.” This personal motto sums it up for Feras. When he’s not consulting and spearheading E-Nor’s growth, you’ll find Feras speaking at a conference, writing an article, or learning a new tool or helpful tip. Outside of work (yes, Feras eventually learned to unplug), he enjoys volunteering, listening to audiobooks, skiing, training in Aikido, in which he earned a 3rd degree black belt, and spending quality time with his wife and three children. Feras received a Master of Engineering Management from the University of South Florida and a Bachelor of Science in Electrical Engineering from Tulsa University.