We just passed Father’s Day! Your client’s site sells silk ties and they’re expecting big bucks this season, so they increased their PPC spend. They want do some advanced segments to see how their U.S. and Canada paid traffic did.

We just read a great piece by Jesse Nichols on advanced segment logic and thought it might be a good idea, as part of our “Back To Basics” series, to expand on that a little.

Advanced segments are essential in filtering your data so you can dive deep and get clean insights. However, you might have to blow the dust off your old symbolic logic text books, cause this stuff can be confusing. Getting the logic wrong could mess up your data analysis and reports.

Hopefully, the diagrams we made here will help you remember your “and’s” AND “or’s”. Or, I guess it would be your “and’s” OR “or’s”…(Anyway, whatever…)

When creating Google Analytics advanced segments, you can “include” or “exclude” dimensions.

We’ll go through the following:

Let’s break this down in terms of the potential Google Analytics dimensions we’ll be looking at.
Let’s say:

Include “this” OR “Include “that” (This or That). Translating this into English would sound like “I want U.S. or paid traffic”, which sounds exclusive – “I want either U.S. or paid traffic”, which sounds misleading. You will be pulling up “either or” as well as the overlap. If the condition hits either case (which includes if it hit’s both), it will be included. In our diagram, this corresponds to the dark and light grey.

Exclude “this” AND Exclude “that” (Not This and Not That). “Not U.S. and Not paid traffic”. A little tricky. In traditional symbolic logic, “And” means both conditions need to be satisfied. You would think then that this is an overlap. Actually, you’re not getting rid of the overlap, you’re getting rid of both cases. That means anything that is from the U.S. will be eliminated as well as all paid traffic will be eliminated . Thus everything that is grey will be gone. You will only be looking at the orange universe.

Exclude “this” OR Exclude “that” (Not This or Not That). “Not U.S. or Not paid traffic”. To me, this is the most confusing one. Again, traditionally, you’re thinking “OR”, which is both data sets. That’s not correct.

Along the same lines, for “exclude”, if we take that italicized part of the previous sentence and insert “NOT”, you get this:
The data set has to NOT have ‘this’ or NOT have ‘that’.
Meaning, if the data set doesn’t have one of them or is missing one of them, it checks out.

Let’s go through each color area we have and compare it to that last logical sentence.

Conclusion? This advanced segment eliminates the dark grey overlap! So here, you are looking at the orange universe and the light grey. In other words, you are filtering out U.S. Paid traffic.

What happens when you have dimensions that are mutually exclusive? For example, U.S. traffic and Canada traffic? (Another example of sets that don’t overlap is if U.S. has no paid traffic). Things become a little different.

Include “this” AND Include “that” (This and That). It’s impossible that one visit will fall under both locations (unless you have the power to teleport or go warp speed, in which case, you’d have to also be surfing the net during that time). Thus, you’ll get nothing from this segment, as they never overlap!

Include “this” OR Include “that” (This or That). This would be either U.S. or Canada traffic. Thus, you’ll get both (light) grey colors from this segment.

Exclude “this” AND Exclude “that” (Not This and Not That). Similar to non-exclusive dimensions or sets, you’re just getting rid of both. Thus, in our diagram, you’re left with the orange universe. Anything that is not either one.

To analytics ninjas, the obvious segment you would want to create to analyze “U.S. paid traffic” is “Include U.S. and Include Paid Traffic”. When filtering for mutually exclusive dimensions like U.S. and Canada, “Include” and “OR” would be the way to go. Of course, there are a bunch of different combinations that will create different logic, but hopefully, these diagrams will help remind everyone of the basics to build on.

In any case, forget the ties, and get your dad something cool, like a camera or an iPad or something… 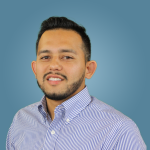 Farid Alhadi
Sales Director
An E-Norian for over a decade, having roles in Marketing, Creative Development, Design, Account Management, Content Development, and most recently, Sales and contracts. Farid graduated with a Bachelors of Sciences from the University of California, Berkeley, with a background in Computer Science and Sociology. Farid has a strong background in customer service and communication, paying strong attention and intuition to clients’ needs.